In our cloud of euphoria, we don’t stop to think about the fact that it’s after 10:00 pm at this point, and the metro clientele has probably changed from earlier in the day. I look around uneasily. My daughter chooses a seat across from me. At the next stop, a young man gets on with a white leather satchel, sits down near us, and pulls out of the satchel a huge – and I mean huge – wad of cash, and starts thumbing through it. He’s not dressed like a waiter, he’s not built for a stripper, and I do not want to know where he got all that money. Everyone on the train stares for a second and then looks away. Except my daughter, who is staring at him with her mouth hanging open. I frantically text her, “You need to stop staring and pretend you don’t see this! Look AWAY!”
She looks away and I continue plotting how to use her newly-issued university sports equipment as weapons if I need to. I start to breathe again when he exits a few stops later. I can breathe even better when the poor soul who’s been talking to himself for our entire trip exits with him. So do a couple of other guys, rather hastily, and I do not want to know whether that was their originally planned stop.
First rule of thumb for my daughter: Do NOT take the metro at night!
We get to our stop and navigate our way to the hotel, only a few blocks away but through an industrial park and some twisted avenues. My daughter has her father’s navigational skills, thank goodness, because twice I headed us in the wrong direction, even with Google maps. The hotel turns out to be quite nice, to my relief. We settle in, and I use my phone to buy train tickets. Except my credit card gets denied. And then so does my other one. I can’t figure out what’s wrong. I Google the Amtrak station and find out there is no human attendant there, but there is a kiosk where we can buy tickets. With a credit card. Hmmm.
It’s now after 11:00 pm, and my husband doesn’t respond to texts, probably because he is quite sensibly asleep. I decide that it’s not worth calling the house phone to wake him when I can mostly likely handle this in the morning. Most likely.
I lie down, but I don’t sleep much. I keep asking myself why all these things are so difficult. Is it so my husband and I can have a fight about him not being there? Is it so I regain some operational capacity that I’ve lost over the years being married to my super-competent spouse? Is it so my daughter can learn how to navigate this type of challenge? From me – the basket case who started crying at the Men’s Wearhouse? That can’t be it.
The next morning, we head over to the Amtrak station at 5:15 am. We don’t find a kiosk and I am swallowing panic as we traverse the rails in our search. After a few minutes, we see someone unlock the station doors and go in the little office area, and a bystander tells me that the office will open at 5:30. Google lied to me? How can that be? Well, if there is no kiosk but there IS a human, that’s even better, so I don’t care if Google lied to me.
Until 5:31 when the human running the office/coffee shop tells me that he doesn’t sell train tickets. I just stand there, staring at him. He looks at me like I’m a complete moron, and tells me there’s a kiosk on platform 4. I tell him we didn’t see it. He thinks I’m a more complete moron and tells me it’s blue. So we head back over to platform 4. And there, in the corner, tucked under an awning and an overhanging bougainvillea, are two kiosks. Blue ones. Turns out Google doesn’t lie.
In my head, I am screaming things like “Did you people never hear of signage? Maybe you’d want to put these very important kiosks – as they are the ONLY way to buy tickets at this station – somewhere in say, the MIDDLE of the platform, where people can SEE them?”
I don’t have time to actually rant. I need to buy tickets for the 6:00 am train. And the kiosk doesn’t function. It’s not my credit card; the screen just doesn’t do anything. Still no time to rant, lose my temper, or even shed tears. It’s 5:45 and we don’t have a way home. I try the second kiosk. It’s slow, but it works. I buy the tickets.
We doze and read on the train, and upon our arrival I don’t even want to cry, very much, when my credit card gets no response from the parking fee machine. I find a machine that takes cash, and we move on. When we stop for a fast-food breakfast on the way home, and pull into the drive-through lane only to find we can’t use it because they’re working on the speaker, I burst out laughing. It’s hysterical laughter, but it’s laughter.
I’m still not sure what the heck the universe was trying to tell me with all of this. Maybe the point was that sh** happens? Maybe the point was that my daughter got to see that all these challenges can be navigated? Maybe the point was for both of us to see that all this could be navigated? Whatever it was, I do have confidence that my daughter could find her way home via metro and train. So that’s a win. 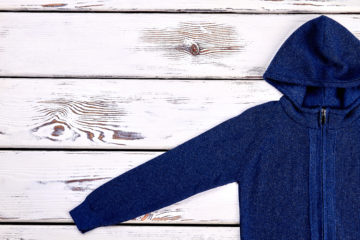 Ill-fated Travel and a Magic Sweatshirt, Part I