The meaning of puffballs

Passing through the blackened ash scene of the Creek Fire in the foothills along the freeway, I spotted some treelike plants that stood out against the grayish landscape; they weren’t very tall, and they had reddish-brown trunks and branches, some slivers of green, and little white puffballs. They really stood out among the charred stumps of other trees in the bleak terrain.

We’d gone by at over 70 miles per hour, so I hadn’t gotten a real good look at them. But I was fascinated. I spent the next few minutes wondering about them…aloud, much to my husband’s chagrin. The fire was recent; it was a bit too soon for actual flowers, even for a fire-dependent plant – a pyrophyte, if you will. Yeah, he loves it when I show off with big words.

Maybe the puffballs were fire-activated seed pods that had already burst open? I wanted to know more about the organism that had survived and was maybe thriving in that wasteland. For me, that meant going back and taking photos of the plants, so that I could study and identify them.

But I’m a chicken. I am not a confident driver, and definitely not a rule-breaker. Going back would entail stopping on the side of a busy freeway in a zone marked “No Stopping Any Time.” Not going to happen.

My husband is a confident driver, and has fewer issues with certain types of rule-breaking. He would make an excellent chauffeur for this foray. He was also not available during the day for at least another two weeks. So it looked like I wasn’t going to get back to photograph the puffballs.

But the next morning, I got mad. I was tired of being afraid to do things. Tired of depending on other people because I’m scared. The puffballs weren’t going to last forever. Pretty soon, the plants would be in another stage entirely. Was I going to miss out on the puffballs just because I was afraid?

I had time before work. I grabbed my camera, my zoom lens, and a granola bar. I drove out there. My heart was hammering as I searched for the puffballs. I annoyed many a driver by actually going the speed limit as I tried not to zoom past their location. Now that I was out here, I just might be able to pull over into the emergency lane, but I sure as heck wouldn’t be backing up in it.

There they were! I pulled over. Stopped. Parked. Breathed.

I was definitely going to get a ticket. Or I might die.

Every time a truck hurtled by, the car would heave sideways in the turbulence. There was no way I was opening my door to get out and walk around the car.

I climbed into the passenger seat, and rolled the window down. I tried to take some pictures, but I was trembling so much I couldn’t hold the camera steady. More deep breaths. I draped my jacket over the door window frame and rested the camera on it. I started taking pictures. I had to stop shooting every time a truck came by and buffeted the car.

I took photos for about twenty minutes, aiming at different aspects of the plants, and trying to get a good zoom shot of the flowers – the puffballs were actual flowers! The green of the leaves looked unreal against the gray ash. Not only was I going to figure out what these plants were, I was going to win some sort of photography award with these stunning shots of flowering plants against the fire-ravaged, landscape. Then the sun started creeping over the mountains, so I had to retake all my shots with the new lighting. I was so involved in the picture-taking that the trucks’ turbulent washes of air became merely annoying.

And then I realized several things. One, that I had taken pretty much every shot available from my car window vantage point. Two, that it was getting late and I needed a shower before work. Three, that I’d done it!

I called my husband on the way home and told him what I’d been out doing.

“You’re kidding.” About seven seconds of silence. “You really did that?”

Once I’d gotten home and showered, I zipped emails off to a few friends, attaching some inspirational photos of the flowering plants amidst the fire landscape. Then I dashed off to work. I had a fantastic day.

Upon my still-triumphant return home, I read my email. Most of my friends were amazed by the photos and commented on the wonderful resilience of nature. One friend, however, had enlarged the photos and she kindly pointed out to me the thin green wires that wrapped around the stems, binding the fake white flowers and green leaves to the branches.

Instead, someone made a monkey out of me. Someone had hiked out into the landscape and spent a good deal of their time attaching fake silk flowers and leaves to all those branches. Who does that? Why? And who falls for that?

As I was telling another friend about the whole idiot-making experience a few days later, I figured out some answers…

Who does that? Someone who wants to create an inspirational moment in a landscape that reminds many of suffering and loss.

Who falls for that? Someone who wants to believe in the regenerative power of nature.

And who takes photos of it? Someone who doesn’t get stopped by fear. 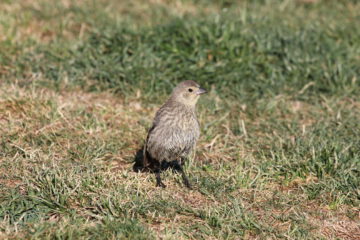 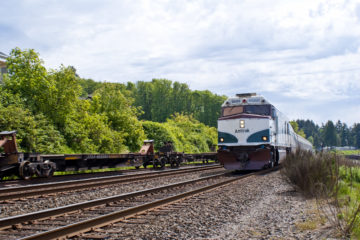 In our cloud of euphoria, we don’t stop to think about the fact that it’s after 10:00 pm at this point, and the metro clientele has probably changed from earlier in the day. I look Read more…